Nonalcoholic steatohepatitis (NASH) is liver inflammation and damage caused by a buildup of fat in the liver. It is part of a group of conditions called nonalcoholic fatty liver disease. You may be told you have a “fatty liver.” Many people have a buildup of fat in the liver, and for most people it causes no symptoms and no problems. But in some people, the fat causes inflammation and damages cells in the liver. Because of the damage, the liver doesn’t work as well as it should.

NASH can get worse and cause scarring of the liver, which leads to cirrhosis. But the disease doesn’t always get worse.

NASH is similar to the kind of liver disease that is caused by long-term, heavy drinking. But NASH occurs in people who don’t abuse alcohol.

PRESS RELEASEBasel, Swittzerland  –  15 May 2020 To enable the international heart failure community to keep abreast with the latest advances in the field, the Translational Medicine Academy (TMA) is proud to announce the 1st Global web-Conference on Heart Failure.The e-SPACE conference on Heart Failure (HF) will take place in 3 time zones on July 11-14, 2020, and is supported by a […] 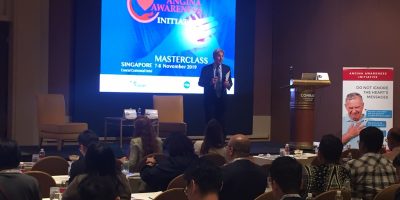 Any cookies that may not be particularly necessary for the website to function and is used specifically to collect user personal data via analytics, ads, other embedded contents are termed as non-necessary cookies. It is mandatory to procure user consent prior to running these cookies on your website.

Analytical cookies are used to understand how visitors interact with the website. These cookies help provide information on metrics the number of visitors, bounce rate, traffic source, etc.

Performance cookies are used to understand and analyze the key performance indexes of the website which helps in delivering a better user experience for the visitors.

Advertisement cookies are used to provide visitors with relevant ads and marketing campaigns. These cookies track visitors across websites and collect information to provide customized ads.

Other uncategorized cookies are those that are being analyzed and have not been classified into a category as yet.